If you’re a UK start-up looking to create your first crowdfunding campaign, it can often feel like a minefield of which platform to choose.  Do you go for a  smaller site such as Seedrs with a greater UK presence or choose one of the crowdfunding giants such as Indiegogo?  Below we’ve chosen the top 5 crowdfunding sites for UK businesses. At Small Films, we’ve raised millions over the years for start-ups with our crowdfunding videos. If you’d like support with your campaign, then do give the team a shout.

Headquartered in London and Lisbon, the crowdfunding site Seedrs helps many businesses raise the investment they need to grow. They’ve so far raised a whopping £1.5 billion for companies with 1,501 funded deals to date. Seedrs is a great kickstarter site for newbies to crowdfunding, with a hub of tools and resources for start-ups. Check out their article, From start to finish: A timeline of the fundraising process – a cracking bit of content for those starting out.

Food and drink crowdfunding campaigns are their bread and butter, so you can take some inspiration from the likes of Oddbox and Mindful Chef, who crowdfunded through Seedrs. 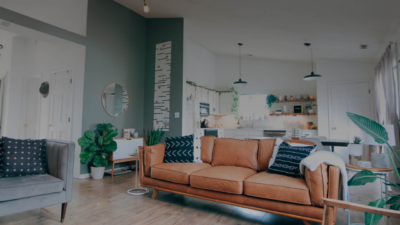 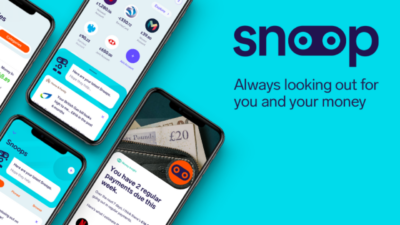 Check out the crowdfunding campaign Small Films did for Emily Crisps, helping raise an amazing £1.1 million.

Whilst Indiegogo is a US platform; it still supports UK startups with their crowdfunding campaigns. They have a huge breadth of sectors they support, plus an enormous following with 10 million users visiting their site each month. Undoubtedly one of the biggest crowdfunding sites for UK start-ups, Indiegogo launch an impressive 19,000 campaigns each month. 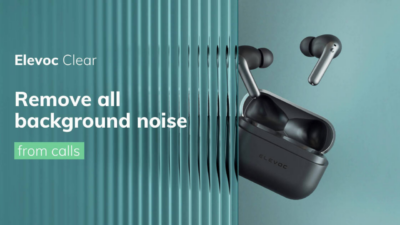 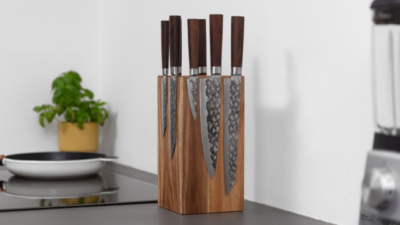 Check out the crowdfunding video Small Films created for iPhone case brand Mous to help beat their fundraising goal by 16,000% on Indiegogo.

Kickstarter is the king of crowdfunding platforms. So big that it often raises £2M+ per day. Whilst this site is very US-centric, you can easily filter by UK crowdfunding campaigns. With projects that have gone on to win Grammys and Oscars, they are the crème de la crème of crowdfunding sites. But do expect that you will have to create a crowdfunding campaign that creates some buzz – as, with so many campaigns launched each day, it could be easy to get lost in the noise.

LUMI: The smarter way to learn and play music 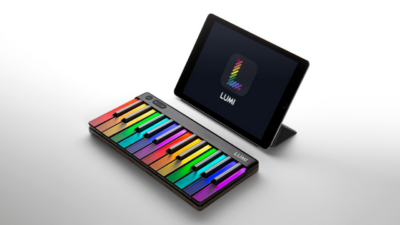 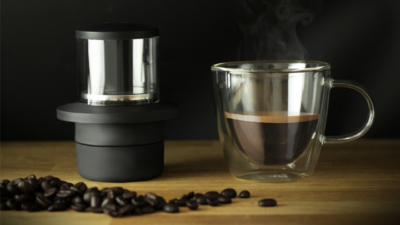 >> Looking for a video production company to create your crowdfunding video? Contact the Small Films team to help. 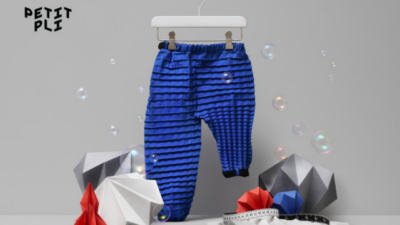 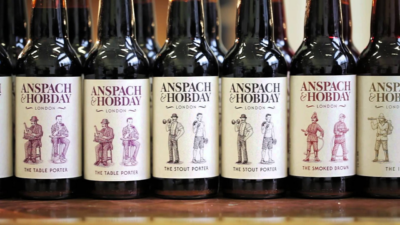 Small Films created a crowdfunding video for integrated wine cooler brand Kaelo.  We helped them smash their targets and raise £815,000

Crowdfunder is the UK’s largest crowdfunding site and helps businesses, charities and community projects to help raise funds for their ideas.  Since their launch, they’ve raised £200 million for businesses. Expect to see crowdfunding campaigns for church restorations, local sports teams or rewilding funds rather than challenger tech companies raising funds on this site.

If you’d like to create a video for your kickstarter campaign and would like support from a UK-leading crowdfunding video company, then do give Small Films a shout.

The video can be the make or break of a crowdfunding campaign. Needing to showcase the passion behind the project, the story of how you got there, plus the challenges your product solves –  a Kickstarter video has to create a big impact to raise that all-important investment.

As experts in crowdfunding video production, here at Small Films, we’ve picked out the top 10 best Kickstarter videos. From awesome crowdfunding video scripts to stand-out motion graphics, these films are excellent examples of what raises the big bucks.

Moving away from technology, Analog is a productivity tool that takes users back to pen and paper. Raising almost $500,000, this crowdfunding video uses shots that really highlight the beautiful craftsmanship behind the product. As any crowdfunding campaign should, the video delves into the story behind the idea, the challenges it solves and why it’s a step above online project management tools. Viewers aren’t left in the dark about how it works – this crowdfunding video is so effective because it gives a step-by-step view of how to use the product.

Phone case brand Mous created this kickstarter video to raise funds for their indestructible phone case, Limitless. This crowdfunding video has you hooked from the start as the camera sweeps towards an iPhone about to be dropped from a 40ft crane. Packed full of stunts, this Kickstarter film does a great job of showcasing the strength of the case whilst also featuring close-ups of the awesome engineering of the product.

This crowdfunding video from Misen really leverages the success of their previous well-funded product. And with a clear and snappy video showcasing how good their new range is, it’s no wonder they’ve smashed their original target of £18k. This is a great example of a crowdfunding script done well. It’s clear, engaging from the start and shows the passion behind the brand. Viewers won’t doubt that the pan does what it says on the tin, with numerous shots of different recipes being created oil-free and without a sticky pan in sight.

Bringing sharp humour to their video, it’s no surprise that Hitch’s crowdfunding campaign raised over $1.2 million in funding. The super slick script adds a light-hearted edge to the importance of eradicating single-use cups. They highlight the ‘why’ behind the brand and clearly show the product in action, so viewers can easily imagine this nifty design as part of their own lives.

This vegetable crisp brand created a fun and engaging video to help with a new Seedrs investment raise. Featuring their founder, Emily Wong, this crowdfunding video does a great job of capturing the cheery personality of the company whilst also highlighting the story behind the flavours. With a mix of video and motion graphics, this kickstarter video helped to raise a whopping £1.1 million during its crowdfunding campaign.

Learn  how our crowdfunding video company can help you

Showing excellent product shots, slow motion coffee clips and behind the scenes videos, this video is a great example of a Kickstarter video that takes the viewer through the story of the product. The video has been scripted to really put the watches sustainability front and centre – appealing to investors who want to look after the planet.

In this crowdfunding video, Infabode has turned what could be a dry subject into something that is engaging and easy to understand. The video really taps into the problem that Infabode solves and by choosing motion graphics they haven’t restricted themselves to just showing their website. This B2B video raised an amazing £750,000 in investment.

This super-smart kit is designed to turn anything into a chain reaction machine. The toy isn’t just designed to help problem-solving, it’s designed to bring resilience, collaboration and creativity to how kids learn. And this is cleverly shown throughout this crowdfunding video.  Momentix cleverly captures the range of home products that can be used alongside the kit – helping viewers to imagine using it in their own homes.

Kaelo has created one of those awesome products you didn’t know you need.  A wine cooler that’s integrated into the worktop, Kaelo keeps the wine chilled (and within arms reach).  This video captures brilliantly the lengths the founder went through to bring Kaelo to market (an amazing 7 years in creation) and also highlights the great team behind it – so you know from the offset this is a great product to invest in.

Another nifty design, Foldeat’s crowdfunding video gets your attention immediately by playing into healthier eating patterns. The script is light-hearted whilst also giving the hard-hitting facts. Is it washable? Can it cope with liquids? No questions have been left unanswered with this video, taking the viewer through the journey of how Foldeat can be used to create a better away-from-home dining experience.

If you’re looking for a crowdfunding video production company, then Small Films are well versed in creating films that raise the big bucks. We’ve helped numerous companies raise millions of pounds across the years and we’d love to chat about how we can help you reach your crowdfunding goals.

If you sell your product online via your own e-commerce store, through Amazon or a third party retailer then product videos can dramatically help to increase your sales. These are videos for point of purchase that help people to make a quicker purchase decision. They are designed to both sell the product and provide shoppers with the right information to ease their minds and handle any objections they may have about buying your product.  This all helps to build trust in your brand and increase the likelihood of a sale.  Below we’ve chosen our top 8 tips for creating an awesome product video that converts more customers.

Put your products into a real world scenario that feels relevant for your audience.

Don’t just brain dump information. Take your viewer on a journey, exploring the problems your product solves and what life will look like after buying your product.

Put yourself in their shoes. Consider what message will resonate best.

People buy products based on gut and instinct as much as their research. Try to communicate the “feeling” they will get by buying your product.

In a world of fake reviews and cheap knock-off products, brand has become hyper-important to shoppers. Tell your brand story and add value to your products.

6. HIGHLIGHT THE PRODUCT’S BENEFITS AS WELL AS THE KEY FEATURES

Product videos aren’t just an informational video. They should focus on the real world benefits to the end user.

7. KEEP THE VIDEO ON BRAND

Customer’s want to be told what to do. Give them a next step whether that’s buy now, find out more or visit our store.

Why work with a specialist product video company?

Creating a product video that is so effective that it drives increased sales involves development of messaging, possible animation, storytelling techniques and expert camera kit designed to capture all the highlights of the product. At Small Films we’ve filmed hundreds of product videos, and we’ve been lucky enough to work with many of the top brands too, including Aldi, Charlie Bigham’s, Nextbase and The Sock Shop. Therefore our team, who have 30+ years’ experience between them, know how to make product videos that will capture every highlight and benefit of your product.

If you are looking for a video production company with expertise in product videos then do drop us a line, as we’d love to help.

We help businesses reach a wider audience with video marketing strategy and production.