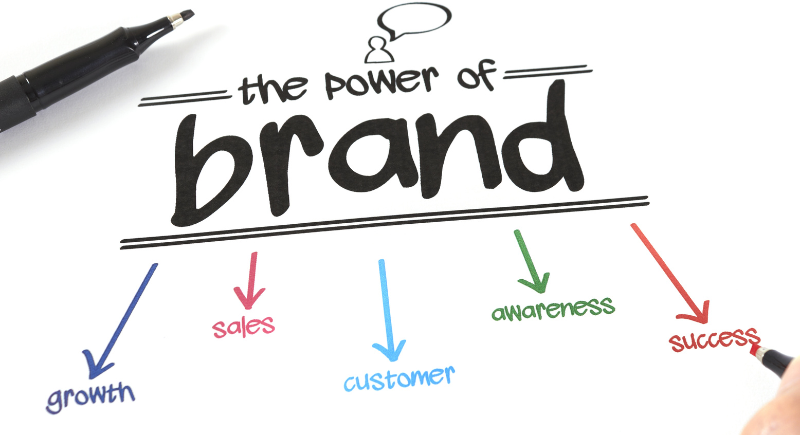 Mark McCulloch is the founder of the Brand and Marketing agency Supersonic, inc. He comes from a 20 year background in marketing, working with some amazing brands, including Costa, Gails Bakery, and Iberica, and he was Head of Marketing at Pret A Manger and Yo Sushi. He’s also the host of the hugely popular The Spectacular Marketing Podcast, where he’s interviewed some amazing people from the hospitality sector to talk all things marketing.

His podcast, the Mark McC Supersonic Podcast, started in April 2019, and he’s continuing his great work in this space.

In this episode of the Big Chat podcast, we talk about all things digital marketing and how important it is to have a strong digital presence in today’s world.

George Hughes: So you started off with a passion for music, and you maybe thought that was the direction you’re going to go in, but you’ve actually landed in food and drink as being your main specialism. I know that’s not everything you do. Do you think that’s just an organic process, or was it something that you just really enjoyed working with those sorts of companies and just kind of embraced it?

Mark McCulloch: Well, it was quite interesting. I think from being where I’m from in Scotland, you know, the plate is beige and it’s maybe mostly fried stuff and coming to London early sort of opened my eyes. I started to really enjoy going to restaurants and seeing all the different food types. And I think the fun bit for me was like this was another world and a class system as well.

George: You’ve got 20 years of digital marketing experience, is that right, maybe more?

Mark: Yeah. Well, I guess I’m a mix of brand marketing and then digital, social, maybe slightly later on. But yeah, it happened quite early in terms of digital stuff.

George: What was it like working at Yo Sushi?

Mark: My role and my brief were “make us cool again.” So we did quite a lot of good things. A  huge food overhaul and menus with a bit of branding, but then we got into social media early. I think people quickly started to believe in social because they could see us standing out from the crowd, you know, we were picking up more awards, we’ve got more followers, we’ve got more engagement. You know, it’s really going extremely well. It just meant that your C-suite were believers, and then once they are believers, they start asking about it and start getting curious about it, and they want to see it in marketing plans and what you are doing. And at that time, you could stand out organically really easily. So when you are sending out a promotion that you’d send out a newsletter with a dwindling database in terms of engagement, you are getting high engagement, you know, from all the posts that you put out. It seems like a lot of times, it is about getting that buy-in from the C-suite from the sort of older generation who are in those positions of power. I think Gary Vee said this about, you know, the minute that that sort of generation gets replaced with more of the digital native generation, suddenly everybody’s going to fully embrace digital. But at the moment, there’s still a lot of resistance to it. Lately, we would have said in our industry in food and drink, and I mean in restaurants and in coffee shops and all that, we’re really a generation behind. The CEO is a sixty-year-old guy who usually doesn’t get social, he’s not on Facebook therefore, no one else should care. Would you ever consider hiring someone in a company that can’t use email? That can’t use a computer? It’s the same with social. It’s just part of life. You need to know the basics of all these things because the way it’s moving, it’s moving to personal brands, and it’s moving to companies with faces rather than just brands. It’s almost that if you don’t have a good social presence or a good digital presence, then it’s really impeding your ability as a company. Well, I think one of the biggest problems is the lack of measurement. If you put the right measurements in place to do brand tracking. What do people think of you? You actually look at the comments that are going on, and you answer them. They might be quick to respond on TripAdvisor, but they haven’t looked at their Facebook comments for four months. We’ve got more tools in our box to reach more people. I just think so many people are using it wrong.

George: What would you say are the most common mistakes you see brands making in the food and drink space when it comes to their digital offering?

Mark: It’s just all far too promotional. It’s all about now, now, now, now, the next day, the last 15 minutes. They are menu engineering to see how much cost they can take off the plate to then make the commercials work and that just makes me cry inside. Most people don’t have that level of investment to then help them make the right decisions, you know to invest, they will cut rather than invest. In today’s world, those sorts of mistakes can be fatal for a business. I mean, we’re seeing it all the time at the moment. Really big institutional businesses just disappearing off the face of the map. You know, because they’ve just made really poor choices and they really haven’t kept up with times. I mean, death is coming quicker than ever. You know, for brands that aren’t getting it right. Most people should have been… all people should have been thinking like an e-commerce person from day one.

George: What would you say that the brands that are really doing well at the moment but keeping it within food and drink? What do you think it is they’re doing right that’s keeping them going from strength to strength?

So they’re bringing in marketers that are well versed and well trained. But not only that. They’re not then beating them down to their way they’re learning from them. But it always starts with brand. You know, how do your culture, your products and services and your reputation knit together?

George:  If you’re a small brand, if you’re a startup, if your emerging company, what would be your sort of top bits of advice for them to get a bit of traction with their digital marketing?

Mark: You’re being brought up in this age. So I think already usually the people running the business, founding the business, you know, the people that you’re hiring, you’ll be more obsessed and more switched on to hiring someone that is digitally minded, and you’ll be thinking about that more. The age that we live in now with all the iPhone Apps and you could run everything from your phone. It’s not that hard. So I would invest as much as you can in the amplification of your business. How important do you think content is for brands in terms of photos, videos, blogs, articles, newsletters all that sort of thing?

George: Do you think it’s very important as part of your marketing suite?