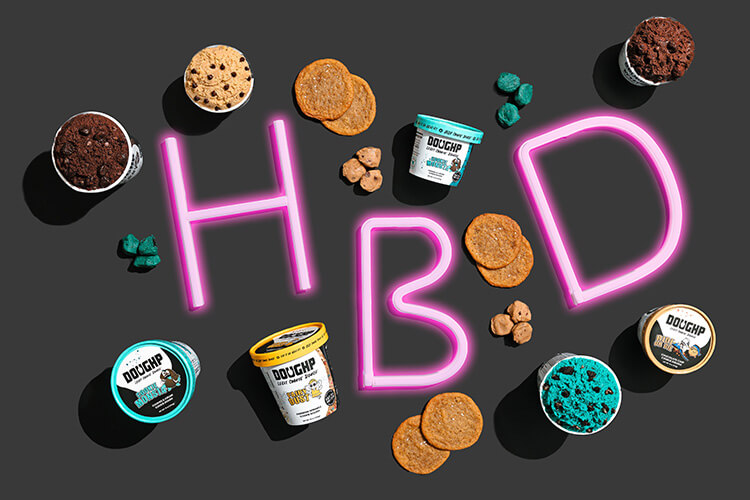 There are a lot of great brand films out there. From tech companies highlighting their sustainability to fashion brands showcasing their playful side. Here are the Small Films HQ, we’ve compiled a list of some of our favourite brand film examples. But to start off, what is a brand film?

What is a brand film?

A brand film is a type of marketing video that tells the story of a brand. It can be used to introduce a new brand or to remind people of an existing one. They typically have a strong focus on the values and mission of the brand rather than simply selling products or services. While they can be created by big businesses, brand films are also increasingly being made by smaller companies and even individuals. In a world where consumers are bombarded with advertising messages, a well-made brand film can help a company to stand out from the crowd. It’s a versatile video that can get used everywhere, from the company website and social media channels to ad campaigns. It’s like your shop window into what your brand is all about – helping your audience to know your story and understand what makes you tick.

Watch our Founder, George Hughes, discuss what a brand film is

In this Rex London film from the Small Films team, we bring to life their playful products. The team at Rex London wanted a brand film that would celebrate its story and highlight its brand personality whilst showcasing its products. They wanted to use the film to build brand awareness on social media whilst also using it as an advert on YouTube to help drive pre-Christmas sales. We, therefore, created a brand film that highlighted their unique illustrated products whilst also bringing their playful personality to life. The products were filmed in a home-style setting to help make the products more relatable. Our expert animator then brought the products to life with creative animations. The brand film was so successful it helped Rex London generate sales figures 40% higher than the previous year’s revenue for the same 12-week period.

>> Read our blog: Behind the scenes of our Rex London creative animation

In this piece of content from Mailchimp, they follow Aishwarya Iyer’s journey from working in tech to creating nourishing olive oils and vinegar. The film covers how Aishwarya started, what her challenges have been and what her advice is for those looking to get into a product business. Using a more traditional style of videography with animations, the brand film perfectly encapsulates in 4 minutes the types of businesses that are using Mailchimp.

This brand film from the Small Films team plays on Sock Shop’s ethos of ‘feeling good from the feet up’. This fun and upbeat piece of content gives each sock a different type of personality whilst showcasing all the different styles of socks the brand has to offer. From plain white socks to hearts, stripes or polka dots, the brand film really effectively shows that not only will the socks make you feel good from the feet up, but there’s a style for everyone.

This award-winning film highlights why there are 365 reasons to say Happy Mother’s Day. A humorous and emotive piece of content, the film uses footage of real mums instead of actors to showcase all the reasons mothers should be celebrated. Warning… you might need tissues at the ready. Shortlisted at the Brand Film Awards 2022, it’s a winner in our eyes.

A short one minute brand film, this piece of content from Genesis captures you with beautiful cinematography and a haunting soundtrack. Playing on the idea of ‘what is time well spent’ it follows a free diver as they slowly submerge themselves in the sea. Released during the pandemic, Free Diver has been designed to offer a moment for reflection, which is represented in the Genesis brand ethos of respecting their customers’ time.

This cheeky video is a beautifully filmed piece of content to highlight how tough the Simba mattresses are. Despite the film only being 40 seconds long, it effectively gets across its message in just a few seconds. With a perfectly chosen voiceover as well, it’s a brand film that’s bound to get engagement.

In this brand film example from the Small Films team, Everhot wanted to tell the story of their heritage brand and commitment to British manufacturing in a modern feeling film. The Small Films pulled together a creative approach after digging deep into Everhot’s ethos and DNA. An approach that we felt reflected that Everhot have one toe in the past and another in the 21st century.

Everhot’s brand film captures the essence of this trusty brand, showing off the old water mill where the brand was born, its local workforce and its commitment to becoming carbon neutral.

Tilda, the rice brand, wanted to highlight their collaboration with the World Food Programme to get nutritious meals to mothers in developing countries through an animation. The Small Films team were briefed to create a film that was emotive and striking and would communicate the information with a strong narrative and CTA. The Small Films team chose a style of film that included photo imagery, animation and motion graphics to help bring this story to life. The brand film was extremely well received by key stakeholders. Since its launch, the content has been used in marketing campaigns, including some TV advertising.

So, there you have it, a few of the best brand film examples out there. Whether you’re in the mood for laughter, adventure, or inspiration, there’s definitely a film on this list that will provide inspiration for your brand.

Small Films is a video production company in London, specialising in brand films, food and drink videography and product videos. We’re made up of strategists, creatives, filmmakers and digital marketers who are passionate about helping brands harness the power of video. If you’d like to chat to us about a brand film, do get in contact.