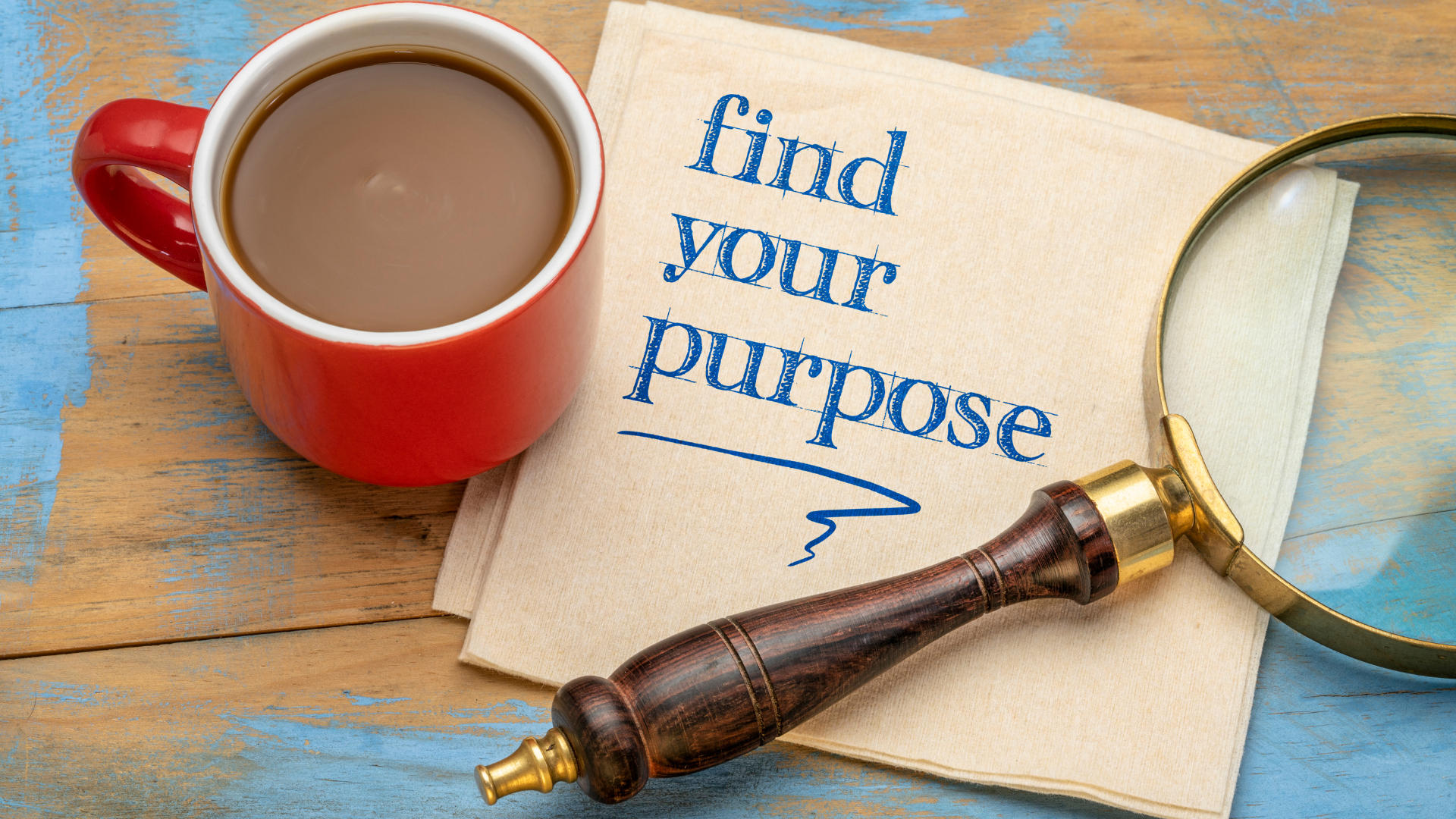 Why Your Business Needs Purpose with Mark Leruste of The Unconventionalists

Mark Leruste talks to our Founder, George Hughes about how important it is for businesses to have purpose when they’re trying to make their mark on the world. Mark Leruste is the founder of the The Unconventionalists, a training and coaching business set up to help people in leadership roles better serve and manage their employees. He’s a renowned public speaker hosting and speaking at thousands of events worldwide and his training and coaching videos have been viewed over one million times on social media. Not only that but he also has his own podcast with 100+ episodes and 70,000+ downloads inspiring countless people across the world.

To listen to the full episode see below:
iTunes: apple.co/2mdud3j
Spotify:  open.spotify.com/show/70lXwMVGGC7rGN4eukv8GY

George: So Mark Leruste, thank you very much for coming down. It’s great to have you here.

Mark: It’s an absolute pleasure to be here. Thanks for having me.

George: You worked for the Movember Foundation, didn’t you? So, tell me all about that.

Mark: Today, this does not sound pioneering in any kind of way, but back in 2011, no one was doing video CVs. And so I had this idea, I’m going to do a video CV, and that’s how I’ll be able to talk about what I do, what I’m about and then it just went viral. I mean one of those kind of crazy, you know serendipity moments where people were tweeting Oprah. Long story short, I got a job interview with JC, one of the co-founders, and he gave me the job on the spot. I joined in 2012, and I stayed as country manager for four years where I helped raise 2.8 million euros for Men’s Health. We got 110 thousand people sign up and won a bunch of awards.

George: So what happened next then? So after Movember, was that when you started to kind of go on your own?

Mark: Yeah, I did pretty well on Movember and throughout my whole career. I spent almost ten years in the corporate, non for profit sector, predominantly in sales and fundraising. When I was at INSEAD, I was generating six million euros of revenue per year. Whole different story when it was about my company and me. I think I found myself on a Friday afternoon, you know, I recently took a mortgage out before I quit my job. I’m sitting on my flat on the floor, and I’m crying out “what the hell have I done?” like all this money that I’d saved is just drying up clients aren’t responding as quickly as I thought they would, and it all started because of a podcast. I mean, this is the irony of it all, is that in 2015, I had this idea it’d be cool to broadcast conversations with people because I think it could inspire and help other people, and then podcasting wasn’t what it was today five years ago. And the next thing I launch this podcast, it gets a bit of momentum, and I thought I could do this full time and mix my coaching and podcasting and I gave a talk about finding meaning and purpose in your work, and what I wished I’d known and I’d learnt before I quit Movember and it went down really well, and that’s when I thought whoa, wait a minute actually companies are made of people, and people still need to be seen, heard and appreciated no matter where they are.  And some people think that becoming an entrepreneur is the only way to do that, I don’t. I think you can do that absolutely by working in an organisation. You do not need to start your own company in order to feel fulfilled. It feels like in today’s world, it’s really important to give purpose to your employees. They take jobs for different reasons these days; it’s not just I’m going to do a job for 40 years that I hate just so I can get a pension and make enough money so I can go on a holiday and then retire it’s not like that anymore, is it? Well, so here’s the interesting thing I get brought in a lot to do work with Millennials. One of the things I always say when I go into companies, and when I first introduce the kind of concept of it, I say well in order to understand a generation, you need to understand the context in which it grew up and the environment in which it grew up and what are the big events that shaped its culture, its DNA and the value system. If you look at Millennials, I think one of the things that’s really underrated in terms of what impacted us as a generation. We got hit with the global financial crisis, so what happened is two fold. One, it meant that financially we were worse off than any other generation in the past. I mean from 2009 to 2014. There was a depreciation in salaries by 14%, and it still hasn’t recovered. still behind seven percent than it used to be pre-crisis. But more than that, and I can speak from a personal experience, my dad had worked for like 25 plus years in this company, right. He worked weekends, he worked evenings took minimum holiday and 2008, was made redundant from one day to the next and what I saw was and I think what my generation saw, what our generation saw was. oh this promise that if I give you my life and soul to work, then I will get loyalty in return, and I will be able to work here for 30 years and then retire that was gone. It was gone. The promise was broken. The trust in what we used to believe as trustworthy big institutions such as banks disappeared then it became, what do I really want to do? Because if I’m going to do something and I might lose the job one day to the next, it might as well be something that I enjoy, and so a lot of people don’t understand that, especially when you look at older generations around calling millennials entitled, lazy, unfocused. I’ve experienced everything but the opposite of that. I guess ultimately, it’s about for the company is all about attracting the right talent and retaining that talent so you don’t get that churn that’s commonplace now.

Well, I think one of the challenges I often say you often get talent through your PR but you retain talent through your culture and often I’ll get a question from one of the managers or executives you know, when I go do talks at conferences or workshops. They’ll say so, how do I get people to trust me more? I want my people to trust me. I think I said, well, there’s a really quick hack, narrow the gap between who you say you are and who you actually are and narrow the gap between what you say you’ll do and what you actually do narrow those two things and your team will be able to trust you more.

George: So how do you navigate that? Because I feel like if you’re coming into a company and you’re trying to find their sense of purpose, but you might find a few problem individuals that are causing the issues in the first place.

Mark: So, I don’t work with a company where leaders don’t have skin in the game. Simple as that. If the leaders aren’t in the room, I’m not working with them. Whatever you do internally will spill out externally people who have purpose, people who have a mission, people who are happier, who feel that they can bring their full selves to work will be nicer on the phone to people they’re speaking to will be nicer to their colleagues, will be nicer to potential customers and that’s just going to be felt, and kind of spilled over and you could start off by saying why is it that you joined this company in the first place? What excited you when you started off this job what was it about this mission that and I we still honouring that or have you changed? Who would we not be serving by stopping our business? Who would we be neglecting if we don’t do this work? What if your mission as a leader, the only mission you had was to leave your people in a better place than you found them and what if you, as someone working on the organization, your only purpose was to leave this organisation in a better place than you found it? How differently would we take responsibility, you know? And the other thing is, you know, as a leader in an organisation you’ll know this, you’re responsible for people, they’re humans and we somehow, don’t know why this happens, and it really is a pet hate for me, we forget that. So, we live in a digital world. If you’re a brand, a business, an entrepreneur, and you’re trying to get an edge. what would be your one piece of advice? Be really clear about why you exist and why it matters. I cannot underestimate how many people don’t even know how to answer that question. And so, people focus on tactics, people focus on channels, people think that their problem is that they don’t have a YouTube channel, people think that the problem is that they don’t post enough on Instagram, and so the go to the how really quickly they’ll start pouring cash into marketing campaigns and branding, but they’re not clear about their core, about what they stand for. So the first thing is get really clear about who you are and why that matters, then get really clear about what your values are. Now, values you could go with the whole classic authentic, transparent, honest, you know, accountable, or you can go about what is really what we stand for because it’s going to filter our customers, is going to filter our partners is going to filter everything we do. Get clear about your values. And then you want to talk about, how do we communicate that in a way that makes people feel involved and engaged. The digital world is a great, great world. It’s an amplifier. So what are you amplifying? Imagine broadcasting static noise on a really, really loud speaker. How do you think people are gonna react to that? I think we really need to bridge the gap between how we show up in the world and how we show up internally. My dream is that if I went to an organisation, they’re exactly who I would expect them to be.